As part of a national survey effort monitoring the recovery of Bald Eagle populations, the Tahoe Institute for Natural Science (TINS) looks for volunteers to assist with the annual Mid-winter Bald Eagle Count each January. […] 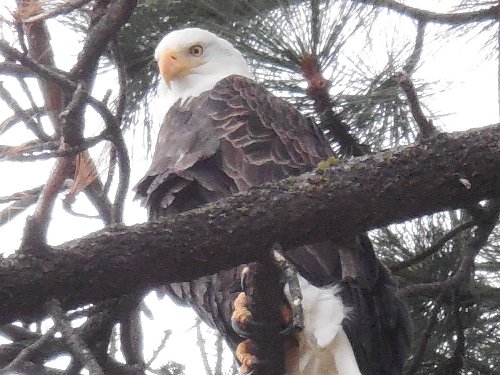 Volunteers are responsible for counting all bald eagles at one of 26 sites distributed around the Lake Tahoe shoreline during a three-hour period on the morning of the count.  Click here for map locations.

I see Bald Eagles every time I go to the lake.  Magical.

The survey’s purpose is to monitor the health of wintering Bald Eagle populations on a national and regional scale—since 1979, hundreds of citizen scientists count eagles along standard routes in order to identify population trends in the first weeks of January. The Bald Eagle was declared endangered in 1967, but 40 years later populations had recovered enough to be removed from the Endangered Species List. It is one of only a handful of species to fight its way back from the brink of extinction. Wildlife researchers rely on citizen science volunteers to help cover Bald Eagle territories year after year, creating a long-term database that is an important part of wildlife research, recovery, and management efforts.

Participants must commit to arriving a few minutes early, and staying for the full three hours of the survey.   For more information on Tahoe’s Mid-Winter Bald Eagle Survey, click here. 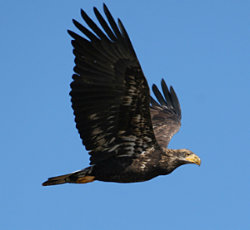 The results of the count will be combined with those from across the nation to generate an index of Bald Eagle populations wintering across the United States. The count is part of the National Midwinter Bald Eagle Survey that was initiated by the National Wildlife Federation in 1979. Over the years, the coordination of the national effort has changed hands a few times, and is currently managed by the United States Army Corps of Engineers. Most recently the survey at Lake Tahoe was coordinated by the USFS Lake Tahoe Basin Management Unit.