Ursus Among Us Black Bear Art Exhibit in Tahoe City 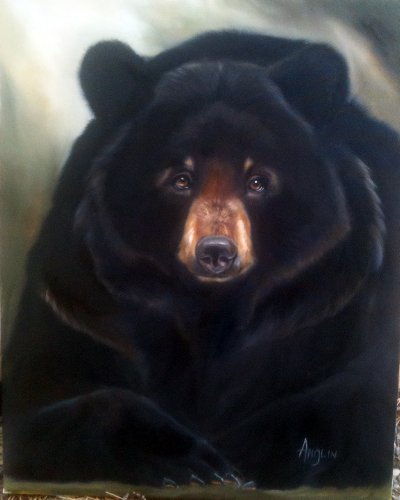 Meet Rocky, he’s an American Black Bear who lives in Tahoe.  He’s just one of our beloved locals depicted in the juried art exhibit Ursus Among Us on display at the Gatekeeper’s Museum in Tahoe City where visitors can learn about these gentle giants and the history of our black bears.

The Gatekeeper’s Museum is open every day except Tuesdays, from 10 a.m. to 5 p.m.  Everyone needs a day off.

Black Bears have lived in the Tahoe Basin for roughly the last 11,000 years. In recent years, they have made headlines as their numbers have increased and some have made their way into developed areas in their never-ending search for food.

The exhibit features two main themes: “Bears Up Close and Personal,” which details information about black bears in their wild state, and “Bears and People: It’s Complicated,” which examines the complex relationship between people and bears in the basin, from the ancient Washoe to present day interactions. In addition to historical information, this section includes information from the Bear League, the local nonprofit that is focused on bears in the basin, as well as the California Department of Fish and Game and California State Parks.

In addition, there is a tactile center where people can feel a real bear hide and examine a replica skull and more, and a crafts table where children of all ages can stencil a life-size bear paw print and create art rubbings to take home. Most importantly, the exhibit features a real black bear. As the old vaudevillians used to say, “Don’t worry, he won’t eat you: he’s already stuffed!”  Several of the exhibit pieces are featured on beautifully sculpted metal art by artist Lauren O’Malley that enhance the presentation. 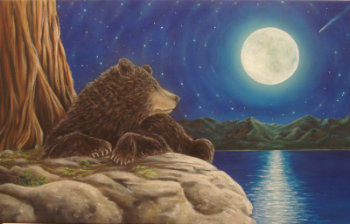 The original Gatekeeper’s cabin was built by Robert Montgomery Watson—also the builder of the Watson Cabin—to be the home of the Watermaster who controlled the flow of water out of Lake Tahoe. While we still have a Watermaster, he or she no longer lives in this cabin. Instead, the cabin showcases Tahoe history, from the Washoe people through the logging and mining eras and the establishment of the tourism industry at Lake Tahoe. Exhibits include Native American baskets, resort memorabilia, historical photographs, clothing, oral histories, maps, archival documents, newspapers and artifacts.

The North Lake Tahoe Historical Society operates two museums in Tahoe City: Watson Cabin Museum and the Gatekeeper’s Museum, featuring the Marion Steinbach Indian Basket Collection showcasing more than 800 baskets from 85 tribes west of the Mississippi River.  More information can be found at www.northtahoemuseums.org or by calling (530) 583-1762.  The Museum is located at 130 West Lake Blvd. in Tahoe City next to Fanny Bridge.