He’s on a mission:

Turn every single person on to the outdoors and fitness.  Period. […] 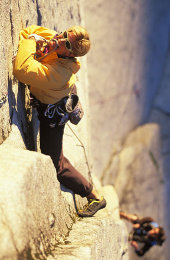 With his hilarious antics and positive attitude on and off the screen, Todd Offenbacher, world-class climber and Lake Tahoe TV host, embraces every day to the fullest and encourages us all to do the same. While he has taught us all not to take ourselves or life too seriously, Todd has made it his passion to remind us why we chose to live in this special place.

A body builder dating back to the early 1980’s at Muscle Beach, CA followed up in 1989 when he owned and operated a gym in West Virginia, Todd has always been a strong proponent of health and fitness.  Then in 1990 he caught the climbing bug which sent him out west to Lake Tahoe where he has lived since 1996.

As with everything in his life (see Todd’s bio below), Todd charged into the mountaineering scene with gusto and precision. He also fell in love with snow skiing.

Then, one day seven years ago after a ski accident finished his season early, Todd was bored watching hours of climbing and ski videos when he came up with the idea for a film festival that would feature short clips of the best adventure films. Jumping to his one good leg, Todd exclaimed “I could see the best footage of lots of films in a few hours instead of all day, and get outside and do it! Hot diggity dog!” 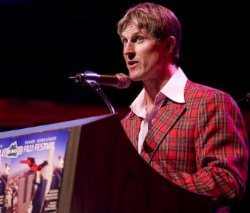 Due to popular demand and sell out crowds, the festival has outgrown its hometown roots in Lake Tahoe.  After the Lake Tahoe premier, Todd takes his entourage and act on the road to Reno and other venues throughout Northern California spreading his gospel about the virtues of Tahoe mountain culture. 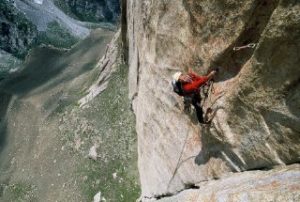 While Todd loves to ski, bike, hike and rollerblade – basically anything outside – his real passion is rock climbing and sharing it with others. He has even set up routes in a new South Shore climbing hot spot. (You’ll have to ask Todd.)