Three Hours to Burn a Body, Poems by Suzanne Roberts 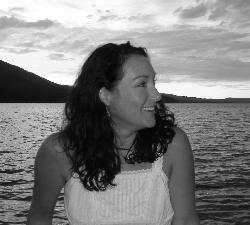 The poems of Suzanne Roberts’ Three Hours to Burn a Body: Poems on Travel range widely over the earth, yet they are as intimate in their touch as the body itself.

The morning chants echo from the Gandan Monastery.

I approach the old monk. He is to read my sutras.

He takes both hands, turns the palms up.

Incense and sweat hang in the air. The monks silence

their chants, break for a bowl of porridge.

The old monk looks at me through tinted glasses,

says something. I look to the translator, she tells me,

“He says he can tell you, but only after you understand.

After more attention to your true work. Only then,

you must return.” He nods, turns to go, his maroon

and yellow robes sweep the floor. Outside the gates,

a homeless woman crouches on the street,

scooping rain water from the gutter into a thermos.

pigeons lift into the cloud-pleated sky, the chants resume—

the flutter, the rain, the boundlessness of human song.

Suzanne Roberts is the author of two previous collections of poetry, Shameless (Cherry Grove Collections, 2007) and Nothing to You (Pecan Grove Press, 2008). She was named “The Next Great Travel Writer” in 2008 by National Geographic’s Traveler. Her travel writing has been published in Traveler and on National Geographic’s Intelligent Traveler site, as well as many other magazines and literary journals. For Roberts, “Poetry is the ideal medium to capture sense of place because of the poem’s imagistic in-the-moment nature.”

For more information about Suzanne, please visit her website at http://www.suzanneroberts.org.