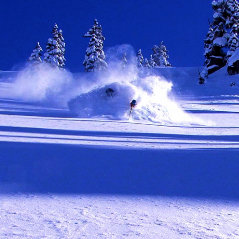 THE STORY showcases the unfathomable talent of mountain sports’ biggest stars including the marquee athletes of alpine skiing, including Lake Tahoe’s Errol Kerr and ‘Shane & the McConkeys’.

It is through enlightening experiences and dimensional characters that the tale of skiing is told; THE STORY travels around the world and delves into the lives that built and continue to build the great American pastime and sport of skiing. Unlike other ski films, THE STORY reveals the untold tale – legends exposed through the intimate words and skiing of the films’ respective stars. The films’ true stars are the heart-wrenching and jaw-dropping accounts and incredible skiing of Bode Miller, Lindsey Vonn, Bobby Brown, Mike Douglas, Eric Pollard, Chris Benchetler, Chris Davenport, Kristi Leskinen, Reggie Crist, Willie Bogner, and other mountain luminaries. Through epic skiing, snowboarding, river surfing and unimaginable variations of human flight, THE STORY showcases the insatiable hunger and the intangible feeling that drives the people who are the pillars of mountain sports. 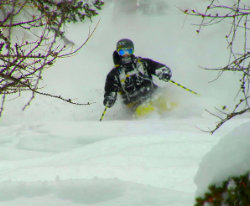 THE STORY documents some of the world’s best skiing and the lives that have impacted (and been impacted by) the sport. This is the story of the intangible; this is the story that has yet to be told.