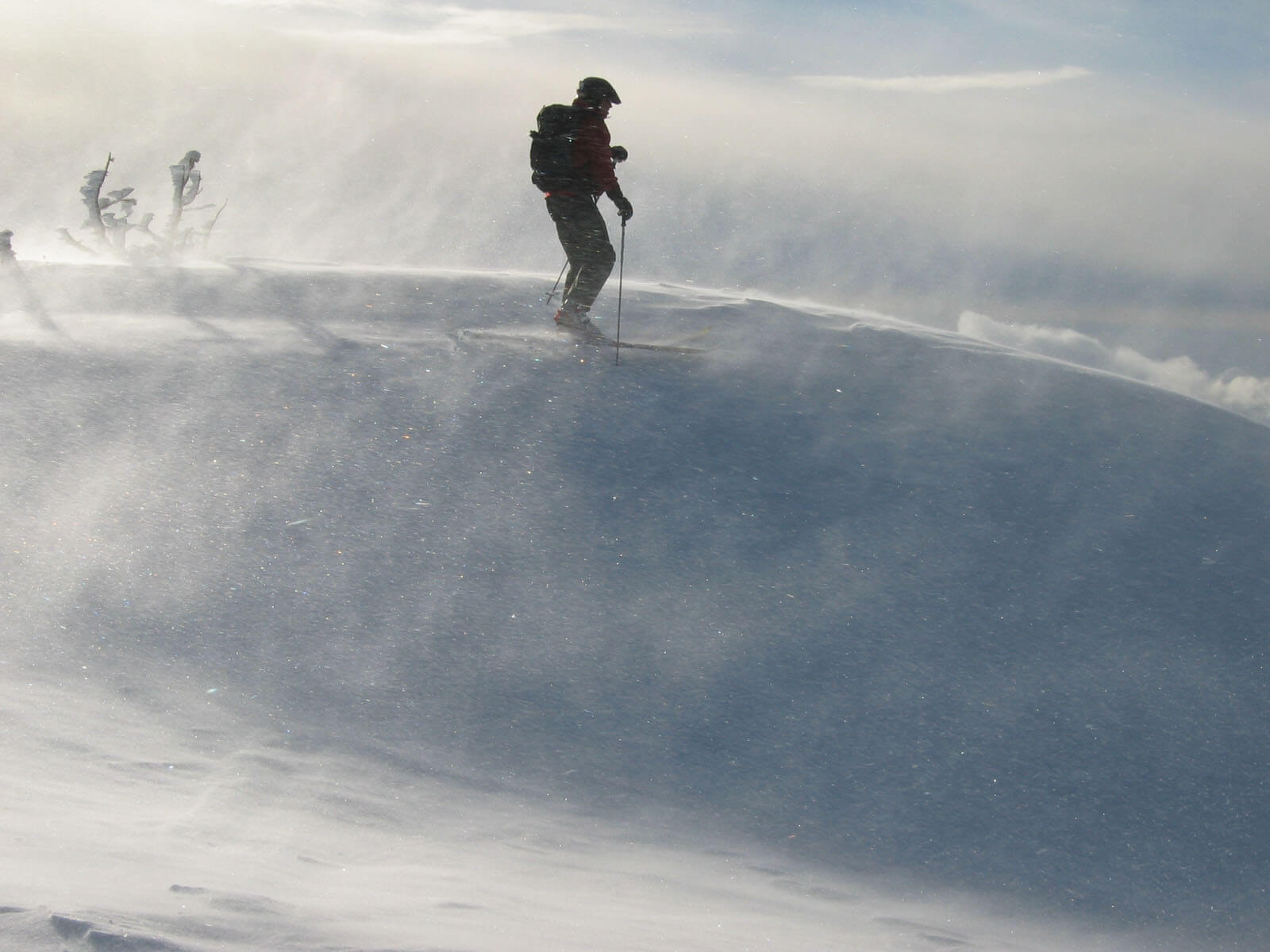 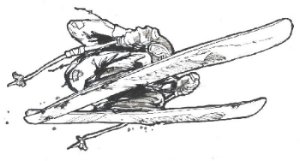 Someone asked me the other day if I was a ski bum.

This was a question that had me standing there going, “huh well uh.”

There is something about the phrase ski “bum” that has always caused me to have the wrong picture in my mind. It’s a phrase that has been around since long thong leather strap bindings, but it still just doesn’t sound quite right to me. Of course this isn’t about the British use of the word “bum”, although I have come off of both good ski and board days with a wet bum, which could be described as a ski bum. No that’s not the wrong picture I get in my mind.

Maybe it is more about the classic hobo image, you know the one, scruffy bearded guy down on his luck, trying to hop a train, all his possessions tied up in a red bandana on the end of a stick over his shoulder. That is probably closer to the wrong picture in my mind. Substitute a pair of skis for the bandana and stick, trying to hop a ski lift. That’s a little closer to that image. 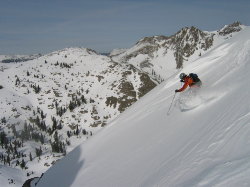 I suppose this may be the actual ski bum the name implies. So in some ways the name is accurate. But this isn’t about someone who is down on their luck, uh they may be scruffy, but that’s just part of the look right? What I have trouble with is that this person has worked hard and made many tough decisions, possibly taken many years to get to a point that someone might (wrongly) call them a ski bum.

I guess we needed to define the term. This ski bum must be someone who first and foremost is passionate about sliding on the snow. Downhill skis, park skis, cross country, telemark, snowboard, no matter, fast or slow, uphill or downhill, big mountain Freeride or Blue Square, big turns bump turns or no turns, no matter, passion for sliding is first because nothing else feels so good.

Second is the sacrifice. Career, nice car, family, responsibility, do I need to go on? These things are no longer important and will take a back seat to things like new skis or board, powder days, a wind and snow swept summit or just a dry pair of gloves. There is a new set of priorities and nothing else gets in the way of tomorrow’s ride. 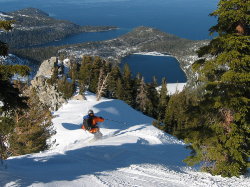 Next would be the subject of career. Skiing is the career. Many of these people have their piece of paper and were well on their way to a life of work all week and weekend warrior or is that weekend worrier, until one day, standing on a ridge line somewhere, that magical winter breeze blew some sparkling snow crystals straight to their soul. They put that piece of paper in a box and went right out and got a night job! Most will work in the service industry, frequently close to or directly related to skiing. 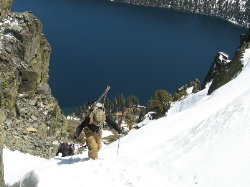 I once worked in ski school, not a great choice for getting to ski a lot, but a great way to improve your own ski technique. I learned so much teaching skiing. One of the things that really stuck in my head was when the ski school director told me that part of being an expert skier is knowledge of ski equipment, how to maintain that equipment, tuning, waxing etc. Knowledge of snow, snow science as some would call it and knowledge of weather is also a very important part of being an expert skier/boarder. This same basic principle should apply to being a ski bum. I can’t think of many others, sailors, pilots maybe, who stay so glued to the weather channel. We need to know what wax to put on which ski to get to the right part of the mountain for the best experience. I like to think of myself as a snow hunter! Half of the fun is nailing that stuff, it can take years of practice, oh darn, this is terrible news to a potential ski bum, you have to go out and spend more time on the mountain, does anything matter more? You’re catching on.

So does all this add up to something more than bum status? This whole thing is a lifestyle that can start very early in one’s life if you are lucky enough to have parents that will launch you in such a wonderful direction. But still would any parent want to say their child is studying to become a ski bum? It is just an endearing term I know, but it isn’t befitting of the effort it takes to reach that level of commitment and bliss. We just need a better name for us, which is also the answer to that question earlier right?!