He just finished his 3-year bike tour around the world raising money for the Make a Wish Foundation. 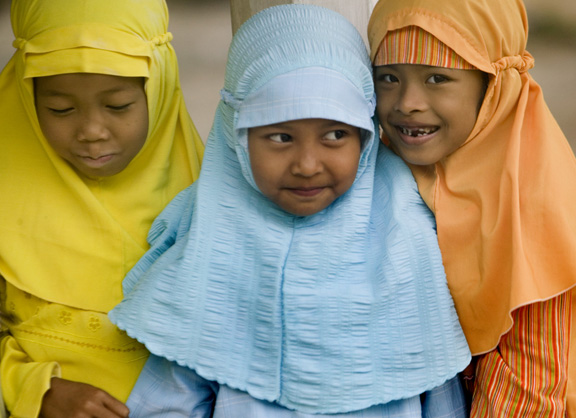 Not surprising for this South Shore artist whose lifelong passion for travel and culture has taken him on a journey to learn about world cultures and to raise money for a very worthy cause.

Rick also learned a lot about himself.

An empathetic and engaging writer, Rick’s photos and stories about his world tour located at www.rickgunnphotography.com will inspire you to reach out whenever and however you can.

Here’s just one of his amazing stories. This one took place in Java in July 2007.

“This is not going to be pretty.” I said to myself after scouring a map of Java. Straining my eyes in the dank light of my tumble-down hotel room, I’d studied that map for an hour trying to link a decent cycling route across the island. Coming up empty-handed, I began to recognize the ride ahead of me for what it was: a steaming mountain of manure I’d have to climb–a six-hundred-mile turd between me and my destiny.

Taking another sip from my cold Bintang beer, I put on the Rolling Stones, then continued assembling my bike from the second-hand refrigerator-box I’d used to fly it from Borneo’s Kalimantan.

“It’s alive!” I shouted when I was done. A handful of cockroaches scuttled beneath the bed.

Perhaps I should have been disgusted, but I no longer cared.

After two-years, I’d traveled 18,000 miles, through 29 countries, under entirely un-imagineable conditions.
All self-propelled on a simple machine of rubber and steel.

The truth was–if I was still breathing–there was certainly more right with me than wrong.

I turned my attention from my new insect posse to an ailing pile of equipment laying beside the bed.

If it wasn’t broken, it was well on it’s way. Among the dead and dying were my camera, a lens, my laptop, my shifters, my rear-wheel and hub, two broken rack-eyelets, my 5th cyclo-computer, 12th set of tires, 10th set of brake pads, 7th tail-light, and my 20th set of headphones.

Begrudgingly, I reached into the pile and round-filed my last pair of underwear.

And even though there were still those times when I felt lost, lonely or completely insane, somehow I remained mesmerized by it all. Enamored by each new landscape, captured by the shifting cultural shapes of this extraordinary human tribe. 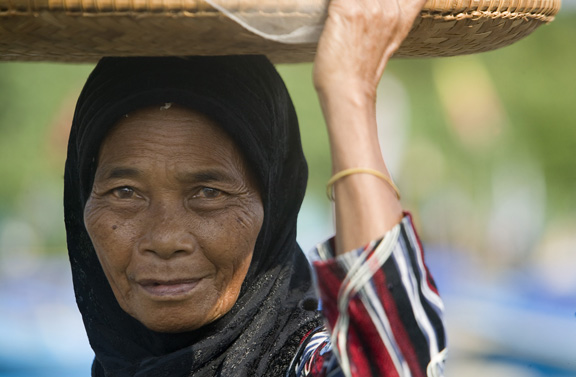 And so, there I was that first morning, throwing my leg over my bike on one of Jakarta’s leafy side-streets, preparing to do it all again.

The first fifteen seconds of riding were pleasant.

Two minutes later–after turning onto one of Jakarta’s main thoroughfares–I’d cycled into a war-zone.

A place where any sense of well-being was instantly disemboweled by the thorny-claws of Jakarta’s inner-city traffic.

I held my course, pedaling straight down the throat of this volcanic cauldron as it ceaselessly spewed smoke and metal from the center of the city. I grit my teeth, lowered my chin, and picked up speed. Traffic flew at me like nails out of a nail-bomb.

“Holy Shybah!” I shouted after nearly being crushed by a truck, then ducked, dodged, sprinted and swore.
Anything it took to keep my head above water within the vehicular undertow, a place where any slip-up meant tea-for-two with the grim reaper.

Under the “Getting Around” section of my guidebook, the author described long-distance cycling on Java in two words, “extremely unpleasant.”

I could describe it with one: “imbecilic.” Luckily, I was just the imbecile for the job.

Three days later, nothing had changed, and I remained locked in, punching my way through the mayhem, elbowing my way through traffic, grinding my jaws upon the chewable clouds of exhaust. That’s when that ancient and eternal question welled from within. The one that asked, “What the hell were you thinking?”

Bicycle-touring here was like trying to surf a landslide. Like opening an umbrella in a downpour of bowling balls. Like trying to fend-off a herd of mammoths with a rubber chicken.

“But why would you put yourself through that?” A Belgian man asked after he’d watched me struggle through traffic. The answer to his question came several days later, after I’d climbed Puncak Pass, then flashed-down the backside of a sweeping volcano.
The road dipped and roller-coastered, twisting 3000-feet down a bottomless swoop of tarmac. When it leveled, I was delivered into a valley of such eye-shattering beauty, that it nearly made me cry.

Colors appeared, then whirled before my eyes. Sky blue. Pastel pink. Sunflower yellow. All of it dancing upon a vast living-canvas of electric green. I pulled to the side for a moment, then observed as he extended his arms, turned his palms skyward, and cast his prayers to the four corners of the earth.

Two days later, I detoured from the main road, hooked through the countryside, then took a small hiatus in the red-hot surf-spot of Pangandaran.

Racing past the weighty stares and glistening nets of the local fishermen, I punctured the surf, then bobbed like a cork in the Indian Ocean. I waded and watched, choosing selectively amongst the raging barrels. Nano-seconds later, my free-fall ended, and I rejoined the liquid earth.

Never satisfied with mediocrity, I waited for that wave that screamed “certain suicide,” then dug deeply at it’s base. Snapping my arms and kicking my feet, it wasn’t long before I was picking-up speed, as if clutched within the grips of some huge liquid hand. Then, in one of those millisecond-eternities, I was hucked like a javelin into a moment of clean air. Fifteen seconds after that, I popped back to the surface, where I sucked at the atmosphere like an industrial-strength air-pump. There I was crush-tumbled–shorts at my knees–spinning like an infinitesimal pair of micro-briefs within some vast-cosmic washing machine.

Happy with that experience, I repeated this process for three days, until the water had rinsed the soot from my smog-soaked soul.

I finished my tour across Java cycling over volcanoes, rambling through temples, and wandering through a bustle of open-air markets. As I did, I overheard a tourist mention the Tour de France. This sparked a memory of Lance Armstrong, or moreover, something he’d said after he’d beaten cancer. “I don’t have bad days anymore,” he told a group of journalists, only “good days” or “great days.”

In that light, I can say with some honesty, that my last week of riding in Java consisted entirely of good days. Non-great days that included crumbling roads, dense, life-threatening traffic, dozens of near misses, and smog so thick that it brought tears (of joy) to my eyes.

That suffering continued until I rounded my last corner and spotted something beautiful upon the horizon. It was the Island of Bali.

“Hello old friend.” I whispered, having not seen the island for ten years. Then, before I knew it, I was standing on a ferry, looking-back upon Java as it shrunk into the distance.

A handful of memories began to wash over me. Things I’d seen along the way: a beautiful young woman collecting tamarind pods off the floor of a graveyard; a handful of children playing joyously in Jakarta’s slums, an elderly woman with bare-feet, on sharp rocks, carrying an impossibly-heavy bundle of thatch.

Then I remembered the girl. 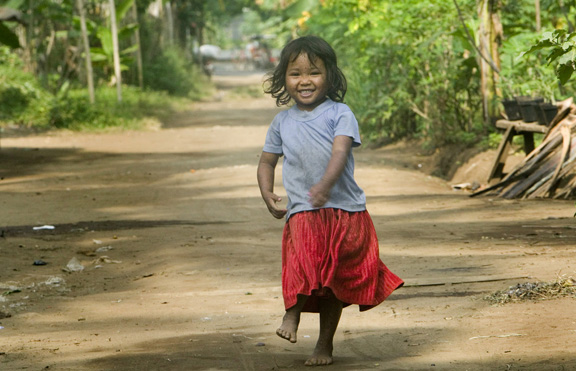 A toddler I’d happened upon in the poverty-stricken outskirts of Pangandaran. Watching her from afar, I noticed she had scabs on her legs, welts on her arms, itchy-open soars on her face. She was surrounded by her family, a smallish bamboo hut, piles of rubbish, and a small plot of land divided by open sewers.

I watched that child for a moment as she itched compulsively, tearing at her skin rife with disease.

When I made myself apparent, and raised my camera to take her picture, her mother smiled, then gently pushed her forward.

When I knelt and pointed my lens, it seemed to trigger something deep within the child. The recognition of her own beauty.

Looking through the barrel of my lens, I watched her spirit ascend, from the depths of that disease, over the garbage, the sewage, the corruption, the poverty.

She leapt and danced, then raced at me with an indescribable happiness.

As she did, I fired the shutter again and again, capturing forever that soaring expression of happiness.

And while many will look upon that photo as just another snapshot when I return, it will forever be an image that will remain in my heart–a testament to that child’s spirit–a moment when the wonder of this beautiful life came pouring through.

For as that child shed her skin of suffering that day, so too she’d helped me to shed mine…