Home » Blog » Outside » Biking » The Allure of Ebbetts Pass

The Allure of Ebbetts Pass 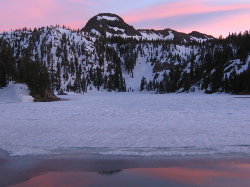 It’s easy to see why Hwy 4 is a National Scenic Byway.

Without a doubt, it’s one of the most scenic drives across the Sierra Nevada located about 30 miles from South Lake Tahoe. And it’s ideal for back country skiing, hiking and road biking.

The pass is open.

Hwy 4 ranges in elevation from approximately 3,000′ to 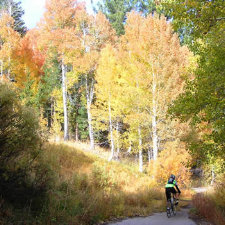 8,500′.  Ebbetts Pass at 8,730′ is the highest of all 3 passes, and is included in the annual Tahoe road cycling events – Alta Alpina’s Ride the Wild Sierra Bike Challenge and the Death Ride.

The majestic scenery and the highway’s somewhat daunting route of tight corners with little visibility masked by old growth trees that line the single lane highway, make Ebbetts a favorite pass for riders.

Ebbetts Pass is one of the oldest trans-Sierra travel routes. Long before the discovery of gold and silver in the area, Ebbetts Pass was a trade route and provided access to summer encampment for Washoe and Miwok peoples. When emigrants began trickling through the Sierra, the pass itself was overlooked, while the original route traversed north of Ebbetts Pass then headed south over Border Ruffian Pass into Hermit Valley and on to what is today State Highway 4.

Most accounts record that “Major” John Ebbetts, a title bestowed to him, first identified this route in the early 1850’s while leading a mule team over the pass. He organized a survey crew but his dreams to survey this route were never realized. Major Ebbetts, who was a passenger of the steamboat Secretary, was killed when it exploded and sank in San Pablo Bay.

It wasn’t until the late 1850’s discovery of silver on the east side of the Sierra that merchants from the gold rush town of Murphys located and financed the present route through Ebbetts Pass. The road was built from west to east to truck freight and supplies to the silver mines and boom towns on the “east side.”

The road, also known as the Big Trees to Carson Valley Road, was improved in 1855-56 providing access to eastern emigrants seeking their fortunes in the gold fields of the Sierra Nevada and served as the main supply route between California and the Comstock Lode silver mines in Nevada. The route was later realigned and became a toll road from 1864 through 1910. It reverted back to a free county road in 1911 and was accepted into the California State Highway system in 1926. Portions of the road were paved in the 1930’s and then realigned and improved again in the 1960’s.

To learn more about historic Hwy 4, stop by the small museum located in the Bear Valley Commercial Center that features pictures and artifacts.