Soak up some local knowledge about the other wild creatures that call this place home with the Tahoe Institute for Natural Science (TINS). […] 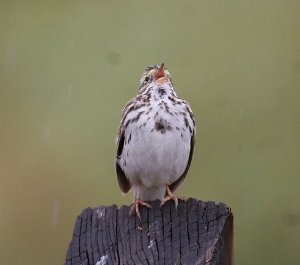 TINS hosts several activities and events to introduce Tahoe’s natural history, science, and conservation issues to the public through walks and talks, citizen science programs, or other special events such as wildflower tours.

The Tahoe Institute for Natural Science (TINS) is a nonprofit organization seeking to advance the natural history, conservation, and ecosystem knowledge of the Tahoe region. Its long-term goal is to bring a world-class interpretive nature center and educational facility to the Tahoe area. 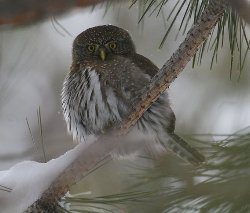 TINS engages in multiple science, education, and outreach programs to promote greater appreciation, understanding, and stewardship of the natural resources of the Tahoe region.Local bird experts Will Richardson and Kirk Hardie founded TINS in 2010.Will has been working and birding in the Tahoe area since 1994.

Originally a seasonal Tahoe resident (spending summers running crews for the Point Reyes Bird Observatory elsewhere in California, and falls working for PRBO on the Farallon Islands off the coast of San Francisco), Will finally settled in Truckee in 2001, and has been intensively studying the region’s natural history and ecosystems ever since. He is currently working on a status and distribution guide for the birds of the Lake Tahoe basin, but his interests span all taxa: he has authored papers on chipmunks, butterflies, and his own discovery of the Tahoe basin’s second species of salamander.Will received his Ph.D. in Ecology, Evolution, and Conservation Biology from the University of Nevada, Reno, studying bird communities in Sierra Nevada aspen habitats. He’s never not birding, but he also attempts to squeeze in backcountry skiing, climbing, sea-kayaking, Ulitmate Frisbee, and the occasional gig with his bands Üncle Rïco and Bison. 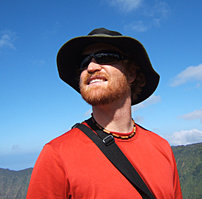 Kirk grew up in Sacramento, California and spent most winter weekends skiing in the Tahoe region. He has been an environmental educator in Idaho, Oregon, California, and Nevada, highlighting the beauty of birds in the natural world, among many other topics. In 2009, he received his Master of Science degree in Biology from the University of Nevada, Reno, where he developed a four-week high school curriculum based on the ecology of the Great Basin. His background in field ornithology has included research projects with Gunnison Sage Grouse and Lewis’ Woodpeckers, in addition to co-leading international birding trips. Kirk also teaches Field Ornithology as an adjunct faculty member at Sierra Nevada College in Incline Village, NV.His favorite pastimes are hiking, biking, snowboarding, and snowshoeing.