Well known as a breeding ground for elite athletes and year-round adventurers, Lake Tahoe is the stage for the Tahoe Adventure Film Festival to be held December 8th in South Shore at MontBleu. […] 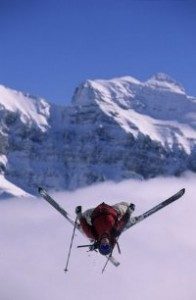 Marking sixteen years of adventure sports cinematography and culture, Tahoe Adventure Film Festival (TAFF) is the annual gathering with the outdoor adventure community, animated with music, go-go dancers, wild entertainers, and dramatic action imagery. All before the films begin. It’s where the industry’s best filmmakers premier their latest adventure sports films one night only hosted by festival creator and adventurer, Todd Offenbacher. “We select the films, not judge them. Then our community comes together to honor what these film represent”. It’s tongue in cheek humor, combined with a celebration of our unique South Lake Tahoe lifestyle and culture,” says Offenbacher.

TAFF inspires the adventure sports community with newly released films of daring exploits and epic adventures in some of the most remote places and harshest conditions that test the human spirit. Filmmakers capture the power and intensity of skiing, snowboarding, kayaking, rock climbing, surfing, mountain biking, BASE jumping and other heart pounding sports that feed our addiction to adventure.  Some segments are special edits including previews of films that have not been released.

Offenbacher, TAFF founder and host of Outside Television, is part of this elite group of explorers. He guides remote ski mountaineering trips to Svalbard, Norway, and Antarctica annually. The festival is an extension of Todd’s passion for life and adventure. Offenbacher has climbed first ascents around the globe including Pakistan, Tibet, Thailand, and Peru. “I’ve traveled the planet to ski, climb, and explore. I have immersed myself in so many others cultures,” says Offenbacher. “ There no better way to open our eyes to the real world around us.”

The 2018 Tahoe Adventure Film Festival debuts at its birthplace in South Lake Tahoe, on Saturday, December 8, 2018 at MontBleu Resort Casino. The doors open at 6:30 p.m. followed by the films at 7:30 p.m.  The festival sells out every year so get tickets in advance. Tickets can be purchased at the MontBleu ticket office by calling 775.588.3515 or at MontBleuResort.com

Starting in January 2019, Offenbacher takes his show on the road to Petaluma, Park City, Mammoth, Reno, and Minden to ordain new converts to a life filled with adventure.

For more information and to find tickets for all TAFF shows, visit www.LakeTahoeFilmFestival.com.

Top Photo: Shane McConkey looks upside as he jumps into the clouds while skiing in Champerey-Switzerland.