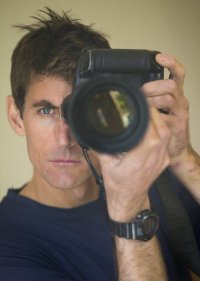 After three years, 33 countries and 25,811 miles around the globe by bicycle, he’s back on the road again.

Rick Gunn, photojournalist and bicycle adventurer, aka Soulcycler, is headed down another path of travel and self-discovery, this time starting in Scotland.

As much as he tried to fit back in, he couldn’t do it.  He realized that following his dream only lead to another.

Rick writes about his longing to find happiness again in his April 8th log published in the Tahoe Mountain News May 2009 issue:

“And so it is I sit here now, within the walls of an old stone cottage in Northeastern Scotland, typing these words. With that, I prepare to spend my next three months abroad, writing, riding, growing, actualizing…

I also recognize my new-life for what it is – and has become. A virtual rolling circus.” 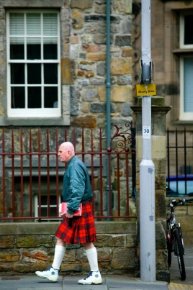 Rick’s soulful tales and photos about his epic adventure #2 will be published monthly in the Tahoe Mountain News that can be found in newsstands and shops throughout South Lake Tahoe.