Ski for MS at Squaw 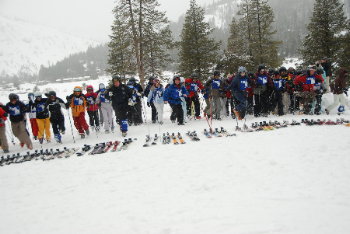 “Focus on what you CAN DO” – Jimmie Heuga.  Together, we can ski to make a difference.

Ski for MS is an annual event at Squaw to benefit Can Do Multiple Sclerosis – a national nonprofit organization and innovative provider of lifestyle empowerment programs that empower people with MS and their support partners to transform and improve their quality of life.

The day’s activities include on-snow events, exciting prizes, complimentary lift tickets, food and goodie bags. Proceeds from the event allow people with MS to live full, productive lives by supporting the Heuga Center’s one, three and five day programs that help people with this incurable, neurological disease manage it to the best of their ability.

Jimmie Heuga grew up near Lake Tahoe and started skiing at the age of two. He began competing when he was five years old and, at 15, he was the youngest man ever named to the U.S. Ski Team. 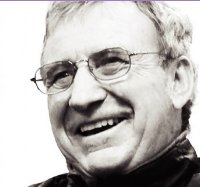 In 1964 Heuga stunned the international skiing community when he took the bronze medal in slalom at the Winter Olympics in Innsbruck, Austria. Billy Kidd finished second, just a heartbeat ahead of Heuga and together they became the first American men to earn Olympic medals for Alpine skiing. In 1967, Heuga finished third in point standings in the World Cup giant slalom and was the first American to win the prestigious Arlberg-Kandahar race in Garmisch, Germany.

Heuga began noticing symptoms of what would later be diagnosed as multiple sclerosis (MS) in the spring of 1967, experiencing vision problems and numbness in his extremities. After competing in the 1968 Olympics, he joined the professional racing circuit, still hindered by mysterious symptoms. In 1970, he finally received an official diagnosis of MS. He was only 26 and at the peak of his skiing career.

The conventional medical wisdom of the time advised people with MS to avoid any physical or emotional stress. This was difficult for an athlete of Heuga’s caliber and after six years and declining physical and emotional health, he rebelled. Developing his own program of exercise, nutrition and mental motivation, Heuga found not only his physical health, but also his outlook on life greatly improved. His approach revolutionized the management of MS.

Inspired by his success, Heuga founded The Heuga Center, in 1984, to share his philosophy with others and to help them focus on what they “can do”. For his inspiration and leadership in the field of MS, Heuga has received numerous honors from organizations including the National Multiple Sclerosis Society, the Texaco Star Award, the President’s Council on Physical Fitness, and the World Sports Humanitarian Hall of Fame.

On Monday, Feb. 8, 2010 Heuga passed away peacefully. His spirit and compassion will live on through his family and foundation.