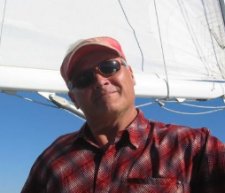 With a style his own, full of passion and resolve, he fought hard to maintain our mountain culture.  He was a beatnik, a mountain dreamer until the end. He liked to talk about the history and change in this town, but it wasn’t until you read his stories that define us did it hit.

Robert ‘Fro’ Frohlich wrote about his favorite places, pastimes and people around Lake Tahoe, making bocce ball night at Wolfdale’s sound like a soulful experience. And it was for Fro. Surrounded by his friends, he embraced the power of now.  Skiing in blizzards or sailing in gale force winds, these intense experiences spurred him on to want more. More for himself, and everyone else.

He cultivated an alternative ethos for Lake Tahoe as an early pioneer who stood up to maintain our mountain culture at any cost. He knew the history of Lake Tahoe like none other.  Never a dull moment, a drive around Lake Tahoe was enriched with stories of emigrants who shaped our culture. He was determined to make sure we didn’t forget it. The cultural heritage of this place mattered to him, and he made a career writing about it. 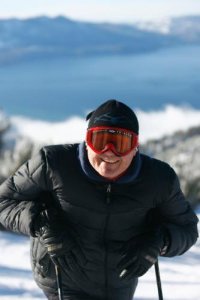 Robert Frohlich, aka Fro, was a prolific travel and ski journalist who moved to Squaw Valley in 1977, while working for ABC Sports as an assistant to the producer. Fro has been published in numerous industry magazines and publications including Moonshine Ink, Snow Country, SKI, Skiing, Peaks, Powder, Couloir, Sierra Heritage, the San Francisco Chronicle, and Ski Area Management. He was a contributing editor for Tahoe Quarterly Magazine and a columnist for the Reno Gazette Journal, the Squaw Valley Times, Ski Racing and Snowbomb.com. For 10 years, Fro covered major professional boxing for Boxing Illustrated and the United States Amateur Boxing Association.

In 1994, along with Hank DeVre, Fro co-founded SnowTribe Productions, a charitable organization that produces multi-audio visual shows and other events to benefit local charities.  The 15th Annual In the Mood, a free benefit event for the Tahoe Forest Cancer Center, will take place Wednesday, December 1, 2010, at Resort at Squaw Creek. Action snowsport photography and video from around the world by Lake Tahoe filmmakers and photographers and Fro’s friends will be featured to pay tribute to one of Fro’s greatest passions – skiing. 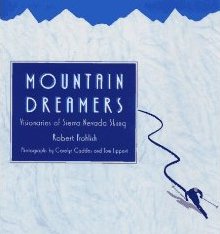 Fro wrote two books about Lake Tahoe’s enchanting ski history.  Mountain Dreamers: Visionaires of Sierra Nevada Skiing written in 1998 is a biographical journey of the trials and tribulations of the early characters who shaped the Lake Tahoe ski culture. Fro was awarded the prestigious ULLR Award by the International Skiing History Association for Mountain Dreamers.

Skiing with Style. Sugar Bowl: 60 Years is Fro’s second coffee table book, published in 1999. It examines in-depth the history and heritage of Donner Summit and Sugar Bowl Resort in particular, recalling the rich history and storied past of the resort’s coming to fruition, complete with evocative writing and extensive historical photographs.

Fro also wrote the text for Darin Talbot’s highly entertaining  “Around Tahoe: Lake Tahoe’s Ultimate Skiing and Snowboarding Video/Audio Tour Guide.”  This year, Talbot and Frohlich received the 2010 Warren Miller Award which is given for outstanding service to skiing by cinematographers, photographers, radio or television broadcasters. 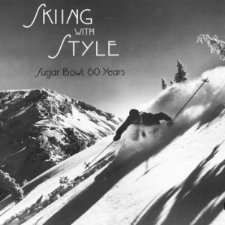 Thank you for the wonderful stories Fro.  Enjoy the endless powder!