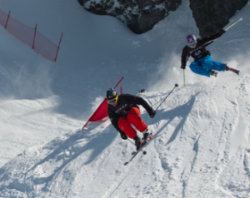 Mixing disciplines of big mountain freeriding, downhill racing and ski & boarder cross strategy, the “Banzai” format, with roots tied to the original Silver Belt Banzai at Sugar Bowl, puts four racers at a time blasting out of a ski-cross start gate feature, maneuvering through strategically-placed gates on an all-natural big mountain course while navigating alongside fellow racers, with the limited rules to finish fast enough to advance to the next round.

A grass-roots flashback to the days of simply racing your friends to the bottom of the hill, Rahlves, the most decorated men’s downhiller in U.S. history, says that while the racing is real, the focus of the Banzai is on having fun.  This is the ultimate test of ski and riding skills. Open entry for 18 years old and up. Come take part in the fun and find out what you are made of. 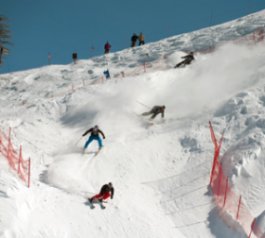 Top skiers and snowboarders from North America will line up against Lake Tahoe area athletes laying it on the line to defend home turf and a cash purse at each event. Points are earned at all events and added up to crown male and female ski and snowboard Overall Banzai Champions for an additional pay out.

Daron Rahlves, Banzai Master, World Champion, USA Olympic ski racer, Winter X-Games Skier-X Champ and pro big mountain skier is the event organizer responsible for its growth and success with the help of host resorts, event partnerships and competitors. Daron is involved in the operation of the RBT, assisting competitors and mingling with the fans. At each event he takes a qualifying timed run, but doesn’t compete head to head until the “Super Final” at his home resort, Sugar Bowl. March 6th is that day when he puts his title of “Banzai Master” on the line taking on the Men Ski Winners from each stop in a battle for winner takes all.

Banzai is a Japanese term expressed as an exuberant cheer meaning, “Long Life!” or “Hurray!” An apt name for a high-spirited downhill ski and snowboard competition, the Silver Belt Race first took place in the 1940s at Sugar Bowl Ski Resort and was re-introduced with the head-to-head action by Daron Rahlves and Sugar Bowl in 2009.  Skiers, snowboarders, men and women 18 years and older are welcome to register at www.rahlvesbanzai.com.

Court Leve is a well-known and respected photographer in Northern California and was recently voted ‘Best Photographer’ in the Lake Tahoe-Truckee region. Court continues to grow his business and now splits his time between Lake Tahoe and San Francisco. Specializing in action sports, wedding, portraiture and pet photography, Leve combines a journalistic and traditional approach to his work that results in highly acclaimed emotional and captivating images. 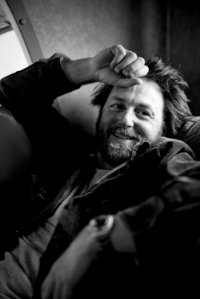