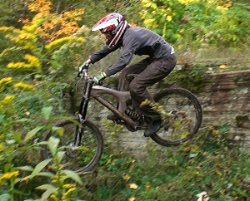 A new entrepreneur on the south end of the lake, Tasa owns Island Framing that specializes in Koa wood grown in Hawaii. Koa wood ranges from lights to reds with interesting grain detail. Tasa has also been known to accentuate the art and frame detail further with a variety of unusual mat finishes.

Tasa does her part to reuse and stretch resources. All packaging is recycled. And, alot of the frames are veneer topped with wood, so it saves trees.

Tasa has framed work for lots of locals including Val Warner, Abdo and Travis Ramos.

Besides framing, Tasa loves to ride bikes and motorcycles and has won several downhill races at Northstar and Mammoth.