The mountain-top Olympic Museum tells the story of the 1960 Winter Games- starting from the very beginning with the Olympic proposal, to photos, videos and memorabilia from the historic Games. […] 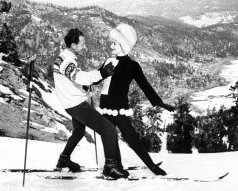 Squaw Valley’s recently renovated Olympic Museum at High Camp is now open to the public and features newly-acquired Olympic memorabilia from the 1960 Winter Games at Squaw Valley, as well as a fresh new look.

The 1960 Olympics transformed winter sports in western American and are notable as the first Winter Games to be fully televised, as well as the first to use a computer to tabulate scores.

Historical items new to the museum include: the original vinyl recording of the music performed during the opening ceremonies of the Winter Games at Squaw Valley, and the clock that hung in Blyth Arena during the 1960 Olympics.

Other mementos on display include: one of the original proposals for the Winter Games by Squaw Valley 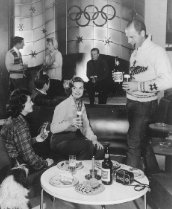 Founder Alex Cushing, authentic Team USA uniforms from the 1960 Olympics, and a waitress uniform from the Olympic Village Lodge where the athletes dined during the Olympic Games- the first and only time in Olympic history all the athletes dined together under one roof. In addition, the museum has received a complete renovation that includes new paint, carpet, furniture and fixtures.

The Olympic Museum is located at the top of Aerial Tram at High Camp and is open daily from 9 a.m. to 4 p.m. Admission is free with a lift ticket or Aerial Tram ticket.

d can be made online at www.squawshop.com.