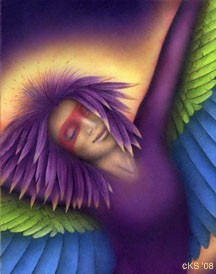 From a hand-painted snowboard to sculptural houses, paintings, photographs, and firefighter art helmets — 2008 Tahoe Lost and Found:  Community Inspired by Fire — created by Melissa Lanitas Gregory and Becky Bell to mark the first year anniversary of the Angora Fire.

We invite you to relive the brilliance, the giving, the emotion, the works of art created by local artists to support the library, community and one another during this Tahoe Culture 2018 community fundraiser.

Here’s our story, our Creative Expression Inspired by Fire. 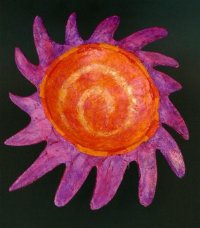 A few months ago, John Mauriello tried to make pizza. This is important for a couple of reasons.

First, because his recipe had burned up, along with his home, in the Angora Fire, and his first few attempts to re-create it tasted like “crap”.

This is also significant because, upon reading this, I burst into tears. Months after the fire it hit me: people in this community are STILL coming to terms with things they have lost to the fire.

And then there’s my friend Barbara. Barbara lives in the burn area, but instead of losing her house, she found something. She found

the courage, during the holidays, to take an artificial tree that she’d covered with ribbons (representing homes lost) out to a corner in the burn area. It was placed there to stand in for a neighbor’s Christmas tree, gone now… the one that was always lit up and meant “it’s Christmas” to her and so many others.

And me: I didn’t lose my home or my pizza recipe or my neighborhood. But I did find inspiration: the idea for an art show called “Tahoe: Lost & Found”. The show would ask people to create art around the idea of what we, as a community, lost. And about what we found: strength, and a reminder of what an amazing place we live in.

So here it is, Tahoe: Lost & Found. My hope is that you will be inspired in some way too. (And if anybody has a great pizza recipe for John, we‘ll pass it along.)

Following is just a minor selection of the forty-three pieces of art by Tahoe-Truckee artists that raised $2,080 dollars. 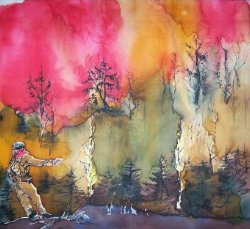 In the Moment by Dorothy Davis  Dorothy submitted four silk paintings that brilliantly capture the intensity of the Angora fire and the heroic battles of the firefighters including Wildfire shown here.

“Even though some homes were lost, I feel my paintings are a tribute to the valiant efforts of the firefighters and home owners who fought to save what they could. There is an element of hope in the paintings.” Dorothy Davis 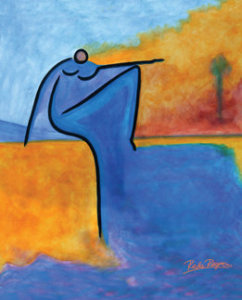 Reds has been a professional artist for 20 years. His art is striking. Colorful. Powerfully sensual. It leaves interpretation open on many levels in a display of lines, color and form.

The intensity of Reds’ paintings is rooted in his Irish heritage. He studied Celtic and other primitive art forms while developing his own unique style which he calls primitive contemporary. His unique composition and energetic expression create a poetically simplistic yet boldly relaxed style. Reds’ work has been associated with Salvador Dali, Joan Miro and Picasso. To see more of Reds amazing artwork, please visit his website at www.redsfineart.com. 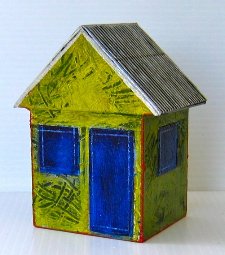 For Carole, the Tahoe: Lost & Found art project inspired her to submit pieces that depict the comforts of having a home to freely express our individuality and sense of belonging in a community. 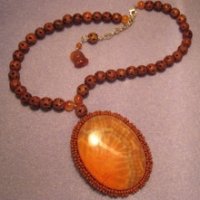 “Sunset on the Fire” by Tahoe Treasures

In addition to the exotic natural stones, each piece includes Sterling Silver and most are adjustable in length. All of the Tahoe Treasures are one-of-a-kind and range from fine to funky. Any piece can either dress up your duds and capture that carefree blissful mood. Much like Gayle and Nicole.

Between June 18 and September 19, $2,080 was raised at events, businesses and the final Art Auction to help replace South Lake Tahoe Library books that were destroyed in the homes lost in the Angora fire last year, and a burn-area landmark.