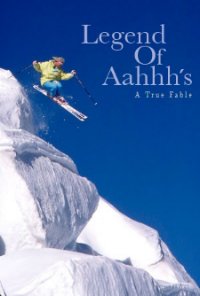 Many old school skiers remark that this film changed their lives as they watched Scot ski the steep and deep on skinny skis with power and grace.

Filmmaker Greg Stump, who revolutionized the genre of ski films with “Blizzard of Aahhhs,” brings his new semi-autobiographical film “Legend of Aahhhs’ to Squaw Valley.

Through a semi-autobiographical approach, Stump’s latest work explores the history of the ski film and how these films influenced big mountain skiing and pop culture. “Blizzard of Aaahhs” which was released in 1988 and featured Scot Schmidt, Glen Plake and Mike Hattrup, is widely regarded as the best ski film of all time, and has influenced filmmakers from powerhouse ski and boarding productions companies including Matchstick Productions to Teton Gravity Research (TGR). The film is also credited with launching the extreme sports movement.