Baron von Remmel has the distinction of being Lake Tahoe’s very own Jazz Saxophonist, with a golden alto sound reminiscent of Paul Desmond.

As a 28-year resident of the west shore of Lake Tahoe, he is a familiar figure. He’s not only a performer, but a jazz educator who gives private lessons and teaches music at local schools.

Remmel studied music at highly acclaimed North Texas State University and received a Bachelor of Music degree with a major in Jazz Education. The Baron plays alto, soprano, tenor and baritone saxophones. He has appeared in showrooms, lounges and nightclubs, from Lake Tahoe and Reno, all the way down to Las Vegas, performing, not only as a musician, but also as a music director and show producer. Baron von Remmel has opened concerts for Bill Cosby and The Yellowjackets, and performs many styles of music from classic jazz artists such as Paul Desmond, Stan Getz, and Duke Ellington to smooth jazz artists such as Kenny G, Grover Washington, JR, Spyro Gyra and Richard Elliot.

He has also collaborated with McAvoy Lane playing Mark Twain, to produce a musical comedy, “Nevada’s Story” a hilarious epic of “the dis-respectability of gambling in Nevada”. 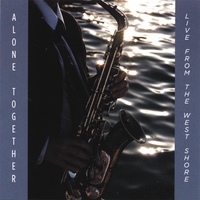 Remmel’s album “Alone Together” is a tribute to the late Paul Desmond best known for the work he did in the Dave Brubeck Quartet and for penning that group’s greatest hit, “Take Five”. It features classic swing, Bossa nova jazz in the sweet tone style of Paul Desmond, and is a beautiful honor to one of his musical heroes and mentors.