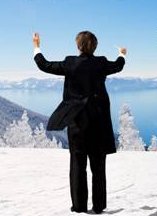 Under the masterful direction of James Rawie, The Orchestra and Community Choral Artists of the Tahoe Area, aka TOCCATA, hold performances throughout the Lake Tahoe region.

TOCCATA was founded in 2005 by James and Nancy Rawie as a 501-C-3 non-profit musical arts organization based at Lake Tahoe, Nevada. TOCCATA presents concerts of “classical” symphonic and choral masterpieces, and provides performance opportunities for young artists and local musicians and singers to participate in a high quality musical experience. TOCCATA is also developing plans to present educational concerts in local schools.

Jame Rawie is Artistic Director and conductor of the four musical organizations he founded: TOCCATA-Tahoe Symphony Orchestra and Chorus; the Symphonic Chorus of Puerto Rico; the Sinfonia-Puerto Rico Chamber Orchestra, and the MayormenteMozart Festival. 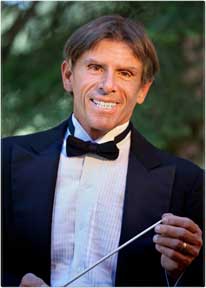 California born, Rawie’s undergraduate years were spent at the University of California, Irvine, where his first academic degree was in Psychobiology in 1969. His musical studies there included: trumpet with Jimmy Sachs, voice with Heyden Blanchard, choral conducting with Dr. Maurice Allard, and orchestral conducting with Dr. Peter Odegard. He received a Master of Musical Arts degree in Orchestral Conducting from the State University of New York, Stonybrook in 1979 as a student of David Lawton and Arthur Weisberg. He prepared Bach’s Passion According to St. Matthew with Dr. Otto Werner Mueller at Yale University-Norfolk.

He also studied in Berlin, Germany, at the Aspen Music Festival, and for ten summers with Helmuth Rilling in the Oregon Bach Festival. Maestro Rawie conducted the premieres in Puerto Rico of: Brahms’ Requiem in 1984, Mozart’s Requiem in 1985; Gounod’s Missa Solemnis in 1988; Dvorák’s Mass in D major in 1989, Mozart’s Mass in C minor in 1993, and many of Bach’s cantatas. In 1985 he led the first performance in Spanish of Bach’s St. Matthew Passion, celebrating the tricentennial of the German master’s birth which brought together 300 singers, the largest number of singers ever to perform a major choral work in the history of Puerto Rico. The Passion is now performed annually. From the operatic repertory, Rawie has presented most of the Mozart operas and Menotti’s, Amahl and the Night Visitors. In 1986 Maestro Rawie founded the Luis A. Ferré Piano Competition. He has taken Coro Sinfónico on tours to Spain, Catalonia, and Athens, Greece. James is the age group champion in Xterra Triathlon for the SouthEastern USA division and an Ironman.