In Search of Powder by Jeremy Evans 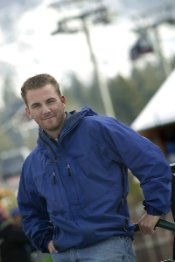 An avid mountaineer and snowboarder, Jeremy grew up skiing in Arizona where, sadly, he wore jeans on the slopes. He switched to snowboarding, and real ski gear, after moving to Lake Tahoe. In Search of Powder by South Lake Tahoe writer Jeremy Evans, follows his eight-year newspaper career as a sports writer.

His sports and outdoors writing in the Lake Tahoe area garnered numerous awards from the California Newspaper Publishers Association and Nevada Press Association. His work has appeared in regional and national magazines, including Skiing and Powder, and in newspapers such as the Seattle Times, Pittsburgh Tribune-Review and Tacoma News Tribune.

On powder days, you can find him at Kirkwood — or changing diapers. He’s traveled extensively throughout the mountains of North America, South America and Europe. Although he’s biased toward California’s Sierra Nevada, his favorite climbing spot is Peru’s Cordillera Blanca.

Jeremy earned his Bachelor of Arts degree in Journalism at Marquette University in Milwaukee, Wisconsin, where he was a member of the men’s soccer team. He has an English teaching credential and is working toward his Master of Arts in Teaching degree from Sierra Nevada College in Incline Village, Nevada. 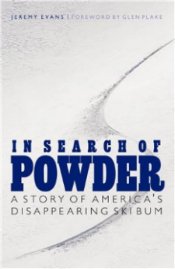 He lives in South Lake Tahoe, California, with his wife, Isabelle, daughter, Olivia, and their Boxer, Kona.