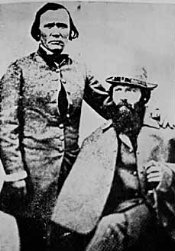 People continue to be amazed and inspired by the intrepid travelers of California’s 1848 Gold Rush and the courageous and adventurous migration that followed.

Dianne Jennings will lead participants across parts of the historic Mormon-Emigrant Trail and the early Pony Express Route in beautiful Hope Valley, on June 15-16, 2016. Using Frank Tortorich book, Gold Rush Trail and Hiking the Gold Rush Trail, Dianne will present a slide show and share readings from some of the settlers’ journals about their tales and hardships as they passed through Hope Valley and Carson Pass.

There are optional hiking segments, ranging from easy to strenuous, as part of the all–day tour. All participants—hikers and non-hikers alike—get to discover remnants and learn about the remarkable lives of the region’s emigrants, who, following the discovery of gold in 1848, headed west in search of fortune. Retrace the route of these hardy souls and look for reminders of their oxen-pulled wagons as they traveled through the seemingly impassable Carson River canyon and what was known then as Devil’s Ladder, now called Carson Pass.

Tour departs at 8:30am and return before 4:00pm with lunch at Sorensen’s.

For more details and reservations, please call Sorensen’s at (800) 423-9949.  The tour is designed for all ages with the walking portions moderate over uneven ground.

The Carson River trail is located just off Highway 88 hidden in the forest.  On the tour, you’ll find evidence of the emigrants’ ox-drawn wagons that negotiated steep, rocky paths including boulders rutted, polished and rust-stained by thousands of wagon wheels; a tree bearing scars from the rope winches used to steady the wagons on a precipitous slope; pioneer graffiti written with axle grease; an arrangement of rocks that is an emigrant’s grave site; and the depression left by processions of animals, wagons and people across Hope Valley. 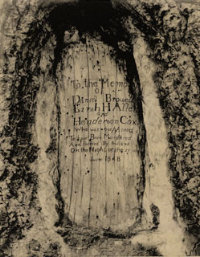 The Carson River Route was blazed by Mormons who were heading not west but east. As members of the Mormon Battalion, which had been mustered to fight in the Mexican War, they had marched from Fort Leavenworth, Kan., in mid-1846, arriving in San Diego in January 1847 by a much more southerly route. They were discharged in July, but Mormon leader Brigham Young instructed them to work in California for a year, then bring supplies back to his fledgling settlement in Utah’s Salt Lake Valley.

They began the arduous eastward journey in July 1848. Determined to avoid the notorious Truckee River Route, scene of the Donner Party debacle less than two years before, the Mormons found a new way over the Sierra Nevada. Their Carson River Route became the most popular Gold Rush trail into California, carrying 20,000 people in 1849, 100,000-plus more by 1852. In 1859 it would see a second wave when silver was discovered in Virginia City, Nev., bringing fortune-seeking Californians.