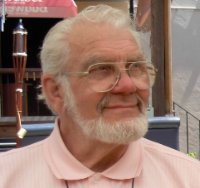 His spirit is all encompassing and calming to everyone who meets him. He’s bestowed many gifts upon Tahoe, but you’d never hear that from this unpretentious, gentle man.

An attentive, compassionate listener, Ray knows what makes us tick.

He’s been helping Tahoe locals find peace and uncover their true passion for over 30 years. And, he’s opened his private practice – The Center for Higher Learning in South Lake Tahoe – to help even more.

His story is a remarkable one. Meet Ray Goodenough.

In an attempt to “get away” Ray Goodenough took a weekend trip up Hwy 395 from L.A. in 1971. He spent a night in Reno and quite by mistake turned up Mt. Rose Hwy.

Ray had always loved the mountains so that drive was serene. When he made a turn in the road that exposed the panorama of Lake Tahoe from the top of the mountain he was totally amazed at the sight. “Here is the way”, he says. “I just couldn’t believe it—why in the world have I settled for living in the smog ridden San Fernando Valley—I’ve got to live here—I’ve got to live here.”

He said that out loud all the way driving down the east side of the lake to South Shore. Somehow he wound up in the majestic and spiritual place named Hope Valley where he camped overnight. Ray actually lived in Hope Valley for a summer before moving into town for good, and to this day that valley is Ray’s most spiritual place in the Sierras.

In 1972, the Sierra Council on Alcoholism, Tahoe’s first such program, had just been formed and Ray was hired as its Service Center Director. In those days the program had one paid employee, Ray, so the Center was manned by volunteers. A residential unit and an outpatient program were developed.

The first Drunk Driving Program was offered through the El Dorado County Superior Court. Working with recovering alcoholics became a profession. As a direct result of that endeavor and to improve his skills in counseling he began training in the field of human behavior.

On a personal level, Ray fell in love with Carol and family: 6 year old, Kathryn (KC) and 4 year old Philip (Scot) and moved them, along with two dogs and two cats, from Newport Beach to his mountain. Today, 33 years later, they have two different families with 6 grandchildren, three in Golina and three in Camino Heights.

After extensive training, Ray also opened The Center for Higher Learning, a private practice offering meditation groups, group therapy and hypnotherapy. Ray also allowed other personal growth groups the use of The Center.

Administrative changes caused Ray to leave the Sierra Council on Alcoholism, but working with alcoholics never ended. Excited about and unwilling to give up his training, and determined never to give up living in Tahoe, he worked at motel maintenance jobs and even drove a semi truck around the lake twice a week.

In an effort to help a friend and her teenage son, in 1978 Carol and Ray volunteered at a foster home. Carol tutored and Ray counseled 4 boys mostly about drugs and alcohol. At that same time a man, call him Bob, was finding what would be necessary to open a Small Family Group Home for problem teens. The two foster parents, Carol and Ray, along with Bob magically came together and gave birth to a group home. Beginning with the 4 boys and 5 staff, that program now has 4 homes, 26 residents, and 25 staff having served hundreds of young men over the years. As a cofounder, Ray held every position in the corporation over the years.

Ray’s activities in the Tahoe community are numerous in commitments, serving as a member of the California Human Services, El Dorado County Mental Health Advisory Board, and the Tahoe Care Coalition. By far the most loved and active commitment by Ray and his wife Carol is to O.P.E.N., Ordinary People meeting Extraordinary Needs. O.P.E.N. is a nonprofit organization that raises monies to aid anyone in the Tahoe Basin with extraordinary medical needs. O.P.E.N. assists individuals who cannot meet their medical needs such as co-pays for medications, provides transportation to specialty hospitals like UC Davis, Stanford, and the VA in Reno, and is an extensive referral resource for medial services. Ray and Carol have been active with O.P.E.N. for 14 years. Now Ray may have more time for his involvement in O.P.E.N.

After 28 years of being a social worker for troubled teens, Ray has retired. But not really.

Ray will be redirecting energy to his rewarding private practice at The Center for Higher Learning. The original attraction to training has led Ray to being certified as a Clinical Hypnotherapist, a Licensed Neurolinguistic Programmer, a Certified Trainer of the Enneagram as well as a Social Worker in the Foster Care and Group Home field. This experience has also allowed him to be an Adjunct Faculty for Lake Tahoe Community College.

With a deep passion for serving others, Ray will also share his extensive knowledge and experience of 29 years of working with troubled teens as a consultant for group homes and group home staff trainer at the state level.

In anticipation of his next stage in his remarkable life, Ray announced, “I’m so looking forward to being more available for clients and friends at The Center. The community of Lake Tahoe has so much to offer and its diversity in lifestyle makes it an exciting place to live.”