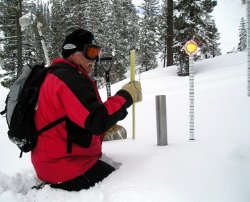 For 40 winters, Gary Murphy has been counting. From the first flakes to be released from the restless skies of autumn to the serendipitous torrents of May, Gary Murphy is counting; watching; and recording snow’s detail to the point of minutia.

Gary, you see, is Alpine Meadows’ chief avalanche forecaster. More aptly described, Gary is Ullr personified. Who is Ullr, you ask? He is the ancient Norwegian god of skiing, revered by all whom live for snow and mysteriously responsible for the top-ten powder days we all cache in our heartfelt memories. 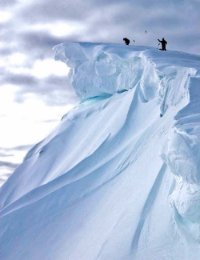 He diligently takes samples of the snowpack; observes the snow’s metamorphosis; makes note of old, new, strong, week, warm, and cold snow layers; observes the architectural work of the wind; microwave affect of the sun; creeping and gliding handiwork of all of the above; and keeps record of everything. Gary is the cornerstone of why Alpine Meadows can recall decades – down to the day, down to the hour – of snow history.

He shares his knowledge with two styles: with dispassionate facts and with vehement passion to enthusiastic adventurers who attend snow safety courses. Both are affective; but Gary is not an imposing soul. The facts from the day’s snow observations carry invaluable information about snow stability; which is why when Gary speaks, skiers indeed listen.

As microcosmic as avalanche forecasting is, Gary is one for looking at the world through macro lenses as well. After all is said, done, and recorded, Gary loves to ski and does so daily. 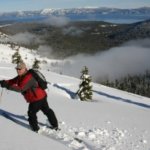 It is with great delight that skiers join Gary for a trek out Alpine’s High Traverse for first tracks through the finest of powder; or to visit the various snow stakes hidden along forested ski runs at the mountain. During the pre-dawn hours during a wind-driven blizzard, many can recall Gary saying “Man, the skiing’s going to be incredible today!” And it always is – especially with Gary.