Inspired by her surroundings and world cultures, Kristen Schwartz of South Shore has captured many of Tahoe’s mythical icons and other fantasticals in her illustrations, including this image of Cave Rock Woman. […] 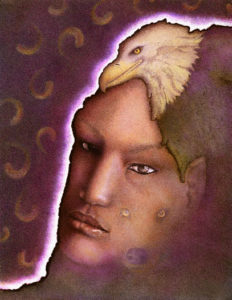 Cultural mythology and healing customs from around the world play a big part in Kristen’s captivating art work which she calls Faery Medicine.

Her hope is that her illustrations will spark an interest in the vast indigenous wisdom that exists before it disappears completely.

Cave Rock is a sacred Washoe Indian site located along the southeast shore of Lake Tahoe.  The geological formation is the remnant of an ancient volcano, and is named for the caves located high on its side that were carved by waves over thousands of years when Lake Tahoe was formed roughly 3 million years ago.

Many legends exist about Cave Rock, and people often see images in the rock. For Kristen, Cave Rock Woman represents the power that many feel there including the Washoe. The outline of the woman and the eagle in the illustration is the actual shape of Cave Rock. The other parts of the image, such as the coyote, were inspired from geological shapes that exist in the rock and Kristen’s personal connection to the site. The Washoe see the profile of “The Lady of the Lake” looking out toward the lake from just below the old Hwy 50 foundation laid in 1865 that went around the outside of the rock. 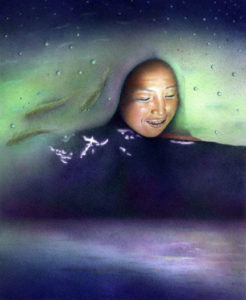 “My main inspiration as an illustrator comes from indigenous peoples and healing customs from around the world. I also feel a strong connection with the earth itself.

While I gain inspiration from studying cultural traditions and an earthly connection that allows my characters a place to spring from, my daily dose of creative energy comes from the magical place where I live; Lake Tahoe.”  Kristen Schwartz

Kristen has also created other Tahoe icons such as Lake Mermaid and Lake Mother – Lake of the Sky pictured here, which depicts a Washoe woman gazing affectionately upon Lake Tahoe.  Kristen finished Lake Mother the day the Angora Fire was contained in 2007.

Kristen began as a botanical illustrator drawing native medicinal plants for books such as local acupuncturist Kimball Chatfield’s Medicine From the Mountains – Medicinal Plants of the Sierra Nevada. 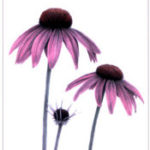 As she began to draw her fantastical illustrations for Faery Medicine, she also started producing prints and cards of the images. They are all hand produced and created on demand right here at Lake Tahoe, ensuring quality and reducing waste. She combines pen and ink, airbrush, and colored pencil to create her images.

Kristen has also developed a method of printing her images on raw silk – an amazing alternative to paper – that won her a coveted position in an international art show in New York City in Fall 2008.  Currently, Kristen is pursuing her dream as a children’s book illustrator and is working with award-winning illustrator Yuyi Morales in the 2009 Society of Children’s Book Writers and Illustrators’ Mentor Program. 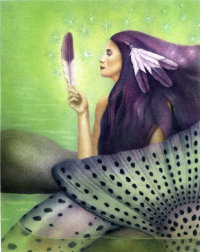 To learn more about Kristen, you can see her Faery Medicine cards and prints at www.FaeryMed.com or view her botanical and fantastical portfolio at www.KristenSchwartz.com.