I think he created a new music genre. […] 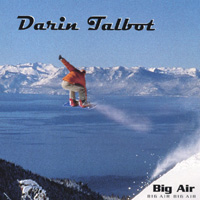 They call him an extreme sport folk-rocker. Snowboarder, musician, singer and composer.

“Righteous grooves to soothe your inner shred master” is what one review calls Darin’s music.

This Incline Village local has opened for several bands like the Brian Setzer Orchestra and the Beach Boys. And he is quite the entrepreneur. He has a record producing company called Air Tahoe Records and his song “Tweeker Shred Master” was featured in Warren Miller’s 2006 movie Off the Grid.

There is a thing in the music business that is peculiar to new artists, and it can be frustrating: in order to break into the business they need to offer something unique and new, but the market wants to know who the artists are “like”. Rockers like Aerosmith? Folk-flavored like John Mayer? Party music a la Jimmy Buffet? Country “hat act”? What if that artist really is unique, with his own sound, his own style, his own lyrical voice, his own irrepressible personality? That’s Darin Talbot. 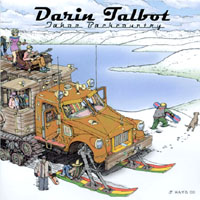 Ok. If I had to pick a sound-alike, I’d pick Jim Croce, but their songs aren’t alike, so that’s as far as I’ll go. This snowboarder from Lake Tahoe – a fine guitar player, and a writer who shares his heart and soul in his songs – has a voice that turns from powerhouse to sweet, and flips from rich baritone to perfect falsetto with so little effort it’s almost scary. Where’d he learn to sing like that, huh?

Don’t try to pin his songs down either. I’d say he’s telling the guy’s story (Without the Words) sometimes, but some songs are about Everyperson. whether it’s deep love (The Day) or deeper despair (Will). There’s no formulaic blues head or standard song form holding these tunes back. Each one works on it’s own, weaving extended metaphor and fresh new melodies.

His infectious personality, wacky wit, and genuine warmth make him a pretty irresistible performer. It doesn’t hurt that he’s obviously energized by an audience, too. He’s havin’ fun up there, man! Yeah. That’s the way it’s supposed to be.