“Edge” by the LT Writing Club 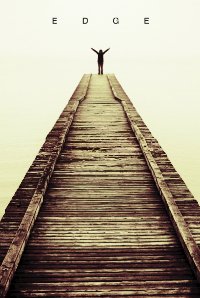 They’ve made a big splash with Volume II.

A collection of short stories, essays and poems by South Shore writers and a few out-of-towners who wanted in.

They called it Edge because “it best describes our members’ mental position during the act of writing”. You’ll probably agree.

A serious bunch when it gets down to critiquing each other’s work, they definitely know how to have fun and bring out the curious side of life in this eclectic mix of work.

There’s Erin Costello. She teaches snowboarding and works in international education at LTCC. Her featured poems, All is Still and The Routine of Others, are exquisitely fine tuned with purpose.

Ray Hadley. A 21 year resident and poet who owns Keynote, a used book and record shop in South Shore, definitely steps out on the edge in Rag Paper and The Dream Diaries of Bears.

April Mai who is “a too-independent-for-her-own-good woman with a nothing degree in nothing (read Associates Degree in Liberal Arts)” has self-published her own book called Incompletely. Her prose are full of wit and powerful intention, especially The Artist Died Today and She Goes.

Frank Riley has lived in Lake Tahoe for 31 years. Not only is he a writer, but also an actor. He claims that many of his short stories are readable. And very touching like And I Smile and I Turn the Knob. 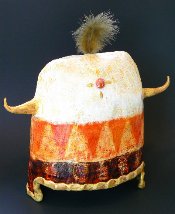 And Bruce Rettig. Bruce has lived in South Shore for over 20 years and has been published in several literary publications. And he just finished his first novel. His essays, The Gift and All Wired Up and No Place to Go, (which won an award for fiction), showcase his extraordinary talents at exposing the human condition.

Edge also features the art of South Shore artists Kristen Schwartz and Melissa Lanitis Gregory that complement the stories of this highly talented group of writers.

The Lake Tahoe Writing Club is a non-profit organization based in South Lake Tahoe. Each year, the group organizes dozens of events to create a stronger literary and art community in Lake Tahoe and the surrounding areas, including Bare Bones Open Mic, Murder Mystery Theater, and the Captain Thunder Old Time Radio Play at Valhalla. To learn more, click here to visit their website and to see the entire 2008 schedule.