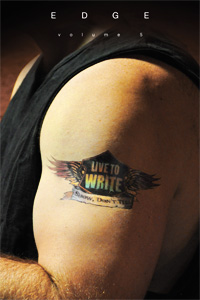 EDGE, Volume 5, was recently recognized as a finalist in the 2012/2013 Next Generation Indie Book Awards. The category for the award was for best anthology.

EDGE 2011 Volume 5 features provocative fiction, poetry, essays, and art from local, regional, and national writers and artists. The pieces included in this newest volume follow the edgy style of previous editions and offer an eclectic mix of powerful writing and imagery.

The Next Generation Indie Book Awards is the largest not-for-profit book awards program for indie authors and independent publishers. In its fifth year of operation, the Next Generation Indie Book Awards was established to recognize and honor the most exceptional independently published books in 60 different categories, for the year, and is presented by Independent Book Publishing Professionals Group (www.IBPPG.com) in cooperation with Marilyn Allen of Allen O’Shea Literary Agency.

Tahoe Writers Works calls their annual anthology EDGE because they say “it best describes our members’ mental position during the act of writing.”  You’ll probably agree.

A serious bunch when it gets down to critiquing each others work, they definitely know how to have fun and bring out the curious side of life in this eclectic mix of work. 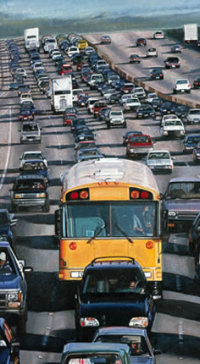 Tahoe Writers Works is a group of writers, poets and other individuals who are interested in the art of writing. In addition to monthly meetings and writing workshops, TWW writes and direct numerous theatre performances including the “Murder Mystery Radio Theatre,” and hosts “A Celebration of Writers Around the Lake,” both featured in the coming months at Valhalla. TWW has published its literary publication, EDGE, for the past five years, and this is the second national award that it has won. 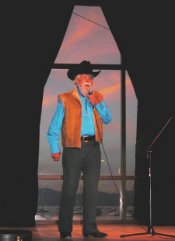