Andy’s love of the West and Tahoe provides the inspiration for his light-filled, vibrant landscapes which convey the clear sense of strong color and deep contrasts he sees in his subjects.  […]

By painting outdoors in the Sierra Nevada mountains including his home at Lake Tahoe, and high deserts of New Mexico and Arizona, he has developed a deep appreciation for the color and beauty of the western landscape. 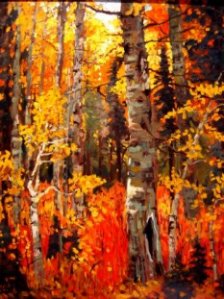 Andy works in oils in the plein air tradition. He began college as an art major at Miami University in Oxford, Ohio. Although he enjoyed a successful law practice, Andy never lost interest in painting and collecting art.

After 34 years, he decided to pursue his passion on a full-time basis. He has studied extensively with the renowned painter Kevin Macpherson. Andy is a member of the Oil Painters of America, the California Art Club, and the North Tahoe Arts Association. He is also a volunteer fireman at Lake Tahoe’s Meeks Bay Fire District. 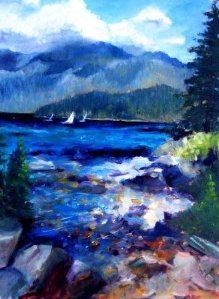 In 2005 and 2006, Andy’s paintings were shown in several successful solo exhibitions in San Francisco and Lake Tahoe. In 2007, his paintings were selected for the semiannual Plein Air exhibit at the Napa Valley Museum, the Oil Painters of America Western Regional exhibit in Santa Barbara and for the 2007 Sunset Magazine Western Idea House in Truckee.

Andy conducted the first of his annual three day workshops in plein air painting at the new Martis Camp Folk School in Lake Tahoe in August 2008 and published his new book, “The Color of My World” in June 2008. 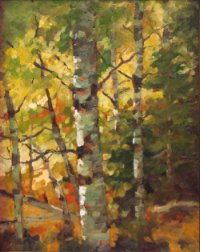 One of Andy’s favorite subjects is fall in Lake Tahoe; specifically the ever changing light cast on the aspens which he masterfully captures in October Glow (top) and Big Ben (left) which won the People’s Choice Award at the 2009 North Tahoe Plein Air art show which took place in September. Andy and 37 other artists painted at various outside locations around North Lake Tahoe and Truckee. Andy, along with 31 other plein air artists were asked to participate in the 2010 North Lake Tahoe event once again.

A selection of Andy’s paintings and upcoming events can be found at www.askaff.com.