Tired of the shrink it and pink it model for women’s skis and snowboards?

This is it—skis and snowboards designed by women, for women. Coalition Snow focuses on what women can do rather than what they can’t. 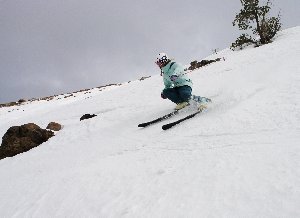 Coalition Snow is the first ski and snowboard company making gear designed by women for women. After spending the past two years talking to ladies in the lift lines, at the tailgates, and on the skin tracks to find out what women want from their gear and from a company, we’re ready to deliver.

Women want gear that doesn’t hold them back. Instead of gear that compensates for assumed physical weaknesses, Coalition Snow makes skis and boards that amplifies women’s strengths.

We work with a group of some of the most talented female artists we know including Lauren Bello, Christina Armetta, and Sarah Uhl who create designs that soothe the soul and make the imagination sing. We liked their work so much we couldn’t limit their canvas to skis and boards so we rolled out a line of soft goods so you can wear a work of art on and off the hill. 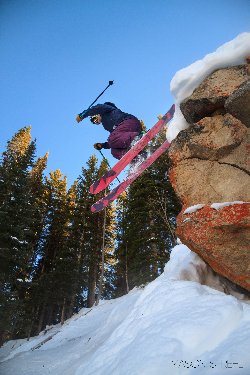 Women don’t want to be bystanders in a sport that ignites their passions. Coalition Snow puts women front and center through highlighting female athletes and supporting organizations such as B4BC, SheJumps, S.A.F.E. A.S., and projects including the Pretty Faces movie. Coalition Snow is proud to celebrate women in the mountains.