On Thursday, February 18, 1960, under storm-threatening skies, the greatest winter athletes in the world gathered in Squaw Valley. […] 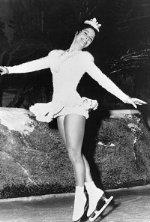 It was the beginning of the VIII Olympic Winter Games and many notable events and achievements like Carol Heiss pictured here who won a Gold Medal in Women’s Figure Skating.

As the sun broke through briefly on February 18th, 2,000 pigeons were released into the air. A throng of 1,000 competitors and 20,000 spectators stood hushed as the Olympic Torch completed a 9,000 mile odyssey from Europe and was placed in front of the Tower of Nations.

Following the Olympic Oath, taken by figure skater Carol Heiss on behalf of all participating athletes, and the Star Spangled Banner, Avery Bundy declared the Games “open” while the sky erupted into a kaleidoscope of fireworks and colorful balloons. Thus began the VIII Olympic Winter Games at Squaw Valley, thanks for Alex Cushing.

At that time, the 1960 Winter Games were the largest ever held, with 34 nations competing in 15 Alpine and ski jumping events, 8 speed skiing contests, 3 figure skating competitions and 28 hockey matches. Making its Olympic debut was the women’s speed skiing and the men’s biathlon, a combination of Nordic skiing and rifle marksmanship. 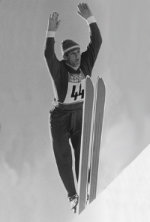 The VIII Winter Olympics propelled Squaw Valley into the world spotlight and spurred a tremendous growth in winter sports especially Alpine skiing. Thanks to the vision of Alexander C. Cushing, Founder of Squaw Valley Ski Corporation, Tahoe has never been the same. In fact, it has only become better.

The museum is open daily at High Camp. Admission is free with your Cable Car ride.

– Carol Heiss, American, Gold in individual figure skating
– Helmut Recknagel, German, recorded the longest jump of each of the two rounds in the 1960 ski jumping contest and won the gold medal by 4.6 points.